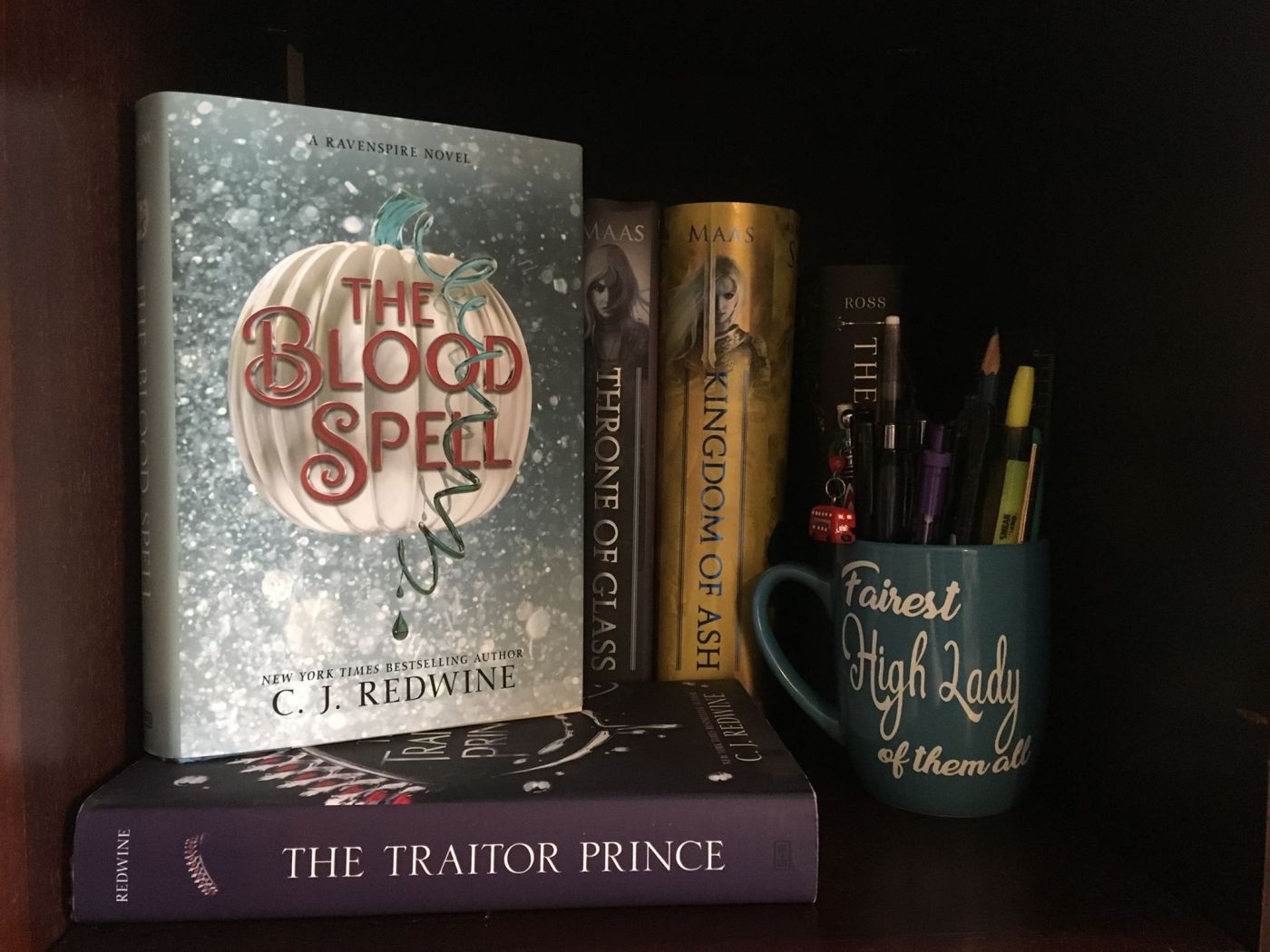 “Saving her kingdom will be the death of her.”

Blue de la Cour is an alchemist with magic that calls to plants and nature. She works in her father’s shop, but in her spare time, she secretly works on a way to turn metals into gold. Her goal is to create enough gold to be able to, essentially, open an orphanage home because the streets of her kingdom are full of homeless children.

Prince Kellan is back from boarding school (shoutout to Javan from The Traitor Prince) and must choose the daughter of one of the noble families as his future bride before his next birthday. When tragedy strikes, though, he inadvertently grows closer with Blue, his childhood nemesis.

It’s a Cinderella retelling—but the story we all know has a twist. There is a blood wraith trapped on the outskirts of town, but when children from the streets of Balavata begin disappearing, they worry there is another witch in their midst. Blue and Kellan, despite growing up hating each other, must work together to save the kingdom and the people they care about most—including each other.

This is the fourth story in the Ravenspire series. Each book is a different retelling, but they’re all set in the same world. You don’t necessarily need to read them in order, but there is a slight overlap. There are certain characters from books 2 and 3 who make appearances in this book, for example. It gives a brief explanation on who they are, so you won’t be lost if you haven’t read the others. It’ll definitely make more sense if you do, though. And they’re all great, so you should anyway.

I love this book. Understatement. I have loved every book in this series, but this one is now my favorite. It is so good. I’m kind of obsessed. It’s one of the best retellings I have read, and I’ve read a lot.

C. J. Redwine has created such a beautiful world for this series. I love seeing each of the kingdoms and their unique traits. This one has a lot of references to the sea—it’s a big part of the plot—which really called to me. I’ve always been a water person, so I loved that.

Everything is well written. The characters are diverse, relatable, and loveable. This book is so unique and enjoyable. You not only get Blue’s and Kellan’s POV chapters, you get the stepmother figure’s as well. It was very interesting getting that perspective.

This book is full of magic, snark, and that tingly feeling I can’t help but get from fairy tales. It doesn’t matter how many different retellings I have read, I will continue to do so if they keep being as wonderful as this one. The Blood Spell was one of my most anticipated books of 2019, and it did not disappoint.

I actually listened to the audiobook because I was too impatient for my signed physical copy to arrive. As soon as I finished, I’m not even kidding, I immediately wanted to start over from the beginning and read it again. I highly recommend it!

6 thoughts on “Cait’s Review of “The Blood Spell” by C.J. Redwine”