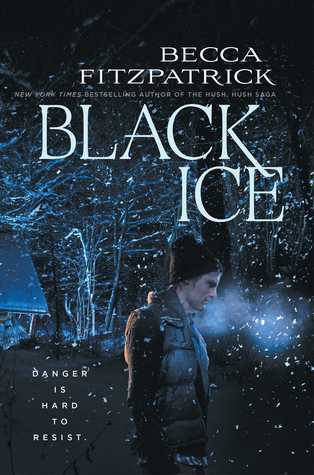 In this book, the main character, Britt, finds herself stuck in the wilderness with two fugitives. She is on spring break with her best friend, Korbie, in the mountains. She hopes to encounter her ex and Korbie’s brother, Calvin. Unfortunately for her, on the drive up the mountain she misses a turn and gets stuck in a snowstorm and must find shelter.

Britt and Korbie hike through the snow for a while until they see a cabin with the lights on. They knock on the door and find themselves in the company of two men, Sean and Mason. Britt realizes something isn’t right when the cabin is dusty and hasn’t been stocked with food. She finds herself held at gunpoint and has to find a way to make herself useful in order to stay alive.

She has a map of Calvin’s that she secretly uses to guide them off the mountain, but things go awry when they encounter a dead body, someone kills Sean in cold blood, and Mason and Britt are stuck in the wilderness together facing a bear and the elements. Feelings between Mason and Britt grow, but she starts realizing he has been keeping secrets from her, so she makes a run for it.

With a whodunit twist, this story was fun to read. I happened to guess the twist, but it didn’t ruin the story at all. If anything it made me feel proud for being able to guess the story. I loved the characters in this book and the way they interacted. I finished the book in two days because I couldn’t stop reading it.

It kept me on the edge of my seat and had just the right mix of danger and romance for my tastes. It was violent at times. I would highly recommend it. In fact, I fell in love with her writing. I found out that she was the author of the Hush, Hush series, so I decided to read those, too.

Keep on the lookout for my review of Hush, Hush.