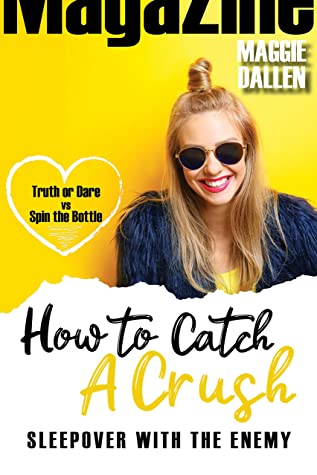 Locked in a school overnight with her arch nemesis? Nope. Nothing could go wrong with this plan.

Chaperone the middle-school co-ed sleepover, they said. It’ll be fun, they said. Too bad they forgot to tell Max that the boys’ chaperone was none other than Alex Luven, AKA the bane of her existence.

Max could survive one night with the enemy, though. Right? It wasn’t like they had to be friends, just allies. Because when it came to watching a bunch of hormonally challenged tweens, it was clear that this was war. These little heathens didn’t want to play Monopoly, they wanted to play Spin the Bottle and Seven Minutes in Heaven. Worse? They thought it was hilarious to watch their chaperones go head to head in a heated game of Truth or Dare.

One night had never felt so long. But when it’s all over and these opponents go back to their respective corners, the future is far from clear. With secrets exposed and a certain kiss in a closet under their belts, no one knows where things stand anymore.

Are Max and Alex still enemies? Or is it possible that the fine line between love and hate was real…and they’d crossed it?

This was just as enjoyable as the others in the series. I loved Max, and it was nice to see a kinder side of the misunderstood bad boy, Alex. I would have liked even more chapters. My favorite parts were the closet and hallway scenes.

I loved how he made her loosen up and be honest about her home life. And she made him kinder. Of course the banter was good to, so I got all the laughs and swoonys in this one. Bring on the next.