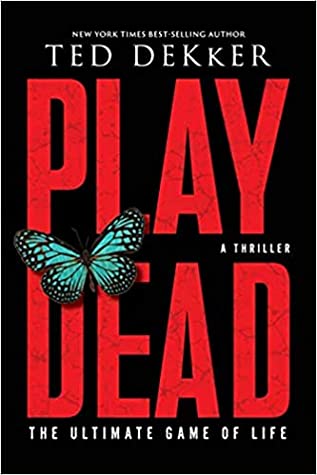 Play Dead written by Ted Dekker had some really well laid out material. It is a story about virtual reality technology and how it is being used in the world. Dekker made the plotline of this book in such a manor that you may be wondering if the reality you are in is real or not. The way he writes makes this even more exciting. I was able to get lost in the pages of the book because it was very well written.

This book reminds me of how the Matrix world was set up. It had that type of feel and excitement. This made me read the book even faster because I wanted to know what was going to happen.

There were times where I felt it was a slower pace, and when I think of Dekker’s books, fast pace usually comes to mind. Other than that, the book was amazing! It definitely incorporated VR in a way that you wouldn’t think of it. A lot of people blame video games and such for violence, and this book explores that in a way that only fiction books can. The ending of the book was a twist that I was not expecting, which made it worth finishing that much more.

This book does step away from his Christianity writing, which is a nice change. It makes the read that more interesting. It is still a thriller book that he writes, which keeps it intriguing. With this book, there are a lot of twists and turns that you would not expect to run into.

I give this book a 4/5 stars. It had really amazing moments of excitement and twists. I highly recommend this book and hope you enjoy it as much as I did.