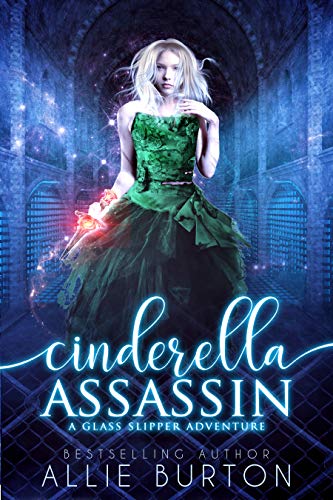 What if your fairy godmother sent you to the royal ball to assassinate the heir to the kingdom, but instead of killing the prince you fell in love?

The kingdom is in upheaval. The royals are imprisoning anyone with fairytale blood in a crusade to get rid of magic and make technology—something they can control—dominant. It all gets personal when Ellery’s best friend, a smoke sprite, is arrested, and Ellery must find a way to rescue her.

Ellery’s fairy godmother devises a devious deal. She will get Ellery into the hi-tech palace to save her friend, if she kills the prince while at the ball. But there’s a problem. Several, actually.

Ellery passes as human but if the truth is discovered she’d be imprisoned. A truth she refuses to face. She doesn’t travel in royal circles and wouldn’t recognize the prince if he kissed her. And, she certainly doesn’t want to kill anyone. Ever.

But Ellery will do anything to save her friend.

When Ellery arrives at the ball, she meets a charming stranger and attraction ignites. He follows her into the palace prison. There they discover a dark royal plot that will destroy the fairytale creatures. Will she choose to fight for her magical friends or her heart?