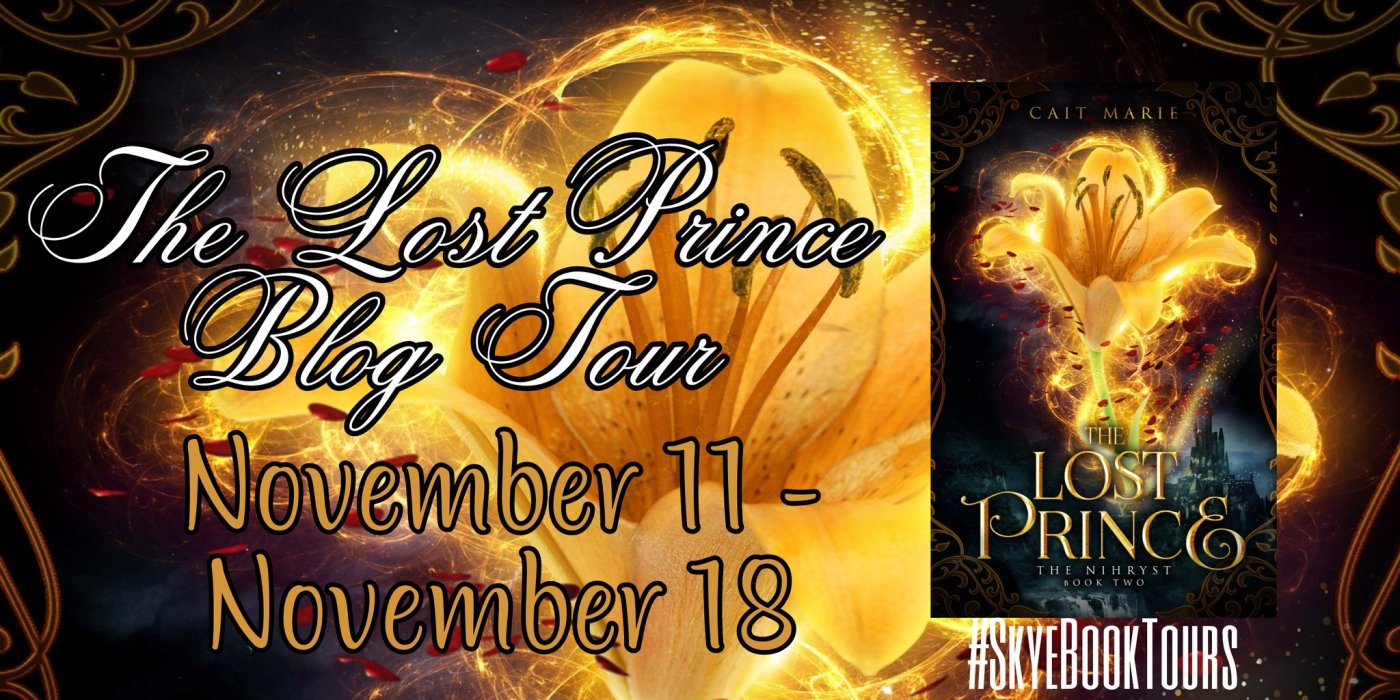 Happy release day!! I’m kicking off the blog tour right here on Functionally Fictional! Today, I’ve got a little bit about the book and the most important part of my writing process… the music!

Need book one, The Lost Legends, first? It’s available here. But don’t worry, this is a SPOILER-FREE zone!

Be sure to check out all the other stops on the tour throughout the week:

The Lost Prince is now available on Kindle and in paperback! It is also FREE in Kindle Unlimited! Check it out here.

A mythical healing flower. A fractured kingdom. A curse unbroken.

Adalina and Shane will do whatever it takes to protect their people. Even if that means working with the “enemy.”

They stopped one tragedy, but now they face an even bigger challenge. Their only hope lies in the story of a mythical golden flower with powers from the sun.

It’s nothing more than a fairy tale.

But that’s never stopped Ada before.

Once more Ada must set sail on a quest with her favorite band of pirates. While she searches for the magical flower and the truth of the curse on the Nihryst, Shane is left to pick up the pieces of their crumbling kingdom. But there are secrets hidden deep within its history.

Secrets that could destroy everything the royal siblings know.

When writing, I have to have music. HAVE to. However, sometime it leads to me creating aesthetic boards while listening to the playlist instead of… you know… writing. Oops!

Music is a huge part of The Nihryst series. I have a huge, random playlist I put on shuffle while working on the books, which you can find here.

The first 46 songs were initially just for The Lost Legends, put in order of the story, but then I got too lazy to keep it up, so I just threw the rest of them on there as I went. I’m still adding to it occasionally. But that’s why there are chunks of the playlist that all come from the same album or artist. I just put it on shuffle usually or pick certain songs to listen to while writing certain scenes.

A few of the most-played songs on the list are below, but first…

Don’t forge to head over to my Facebook group (Cait’s Inner Circle) for exclusive sneak peeks and opportunities like the release party! I will be doing some big giveaways this week, so check it out!

All right, now back to the music…

The Energy Never Dies – The Script

I Don’t Think Now is the Best Time – Pirates of the Caribbean: At World’s End

Where We Come Alive – Ruelle