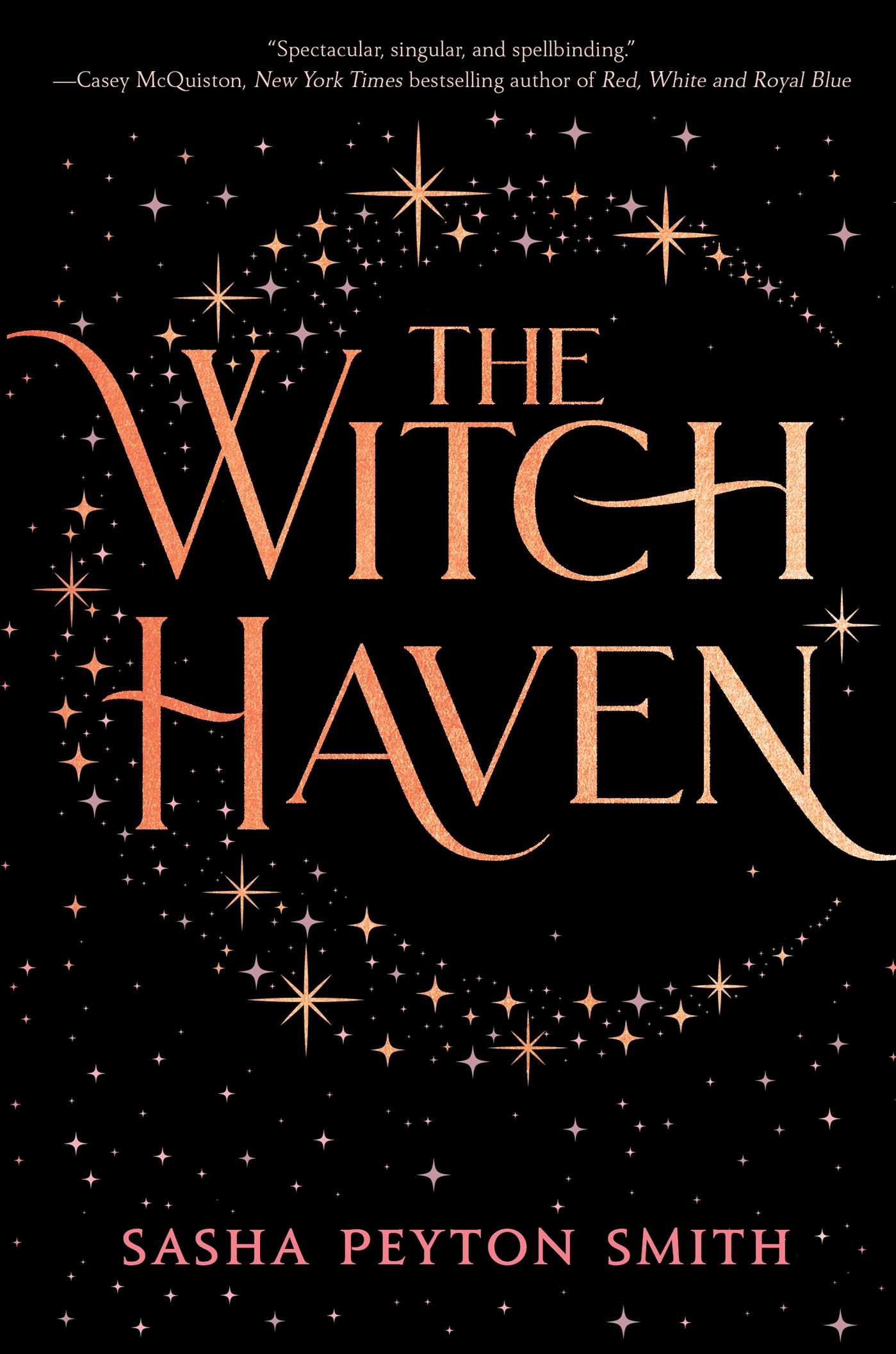 In 1911 New York City, seventeen-year-old Frances Hallowell spends her days as a seamstress, mourning the mysterious death of her brother months prior. Everything changes when she’s attacked and a man ends up dead at her feet—her scissors in his neck, and she can’t explain how they got there.

Before she can be condemned as a murderess, two cape-wearing nurses arrive to inform her that she is deathly ill, and is ordered to report to Haxahaven Sanitarium. But Frances finds Haxahaven isn’t a sanitarium at all: it’s a school for witches. Within Haxahaven’s glittering walls, she discovers the sisterhood she craves, but the headmistress warns Frances that magic is dangerous. Frances has no interest in the small, safe magic of her school and is instead enchanted by Finn, a boy with magic who appears in her dreams and tells her he can teach her all she’s been craving to learn: lessons that may bring her closer to discovering what truly happened to her brother.

But Frances’s newfound power attracts the attention of an ancient order’s dangerous leader who yearns for magical control of Manhattan—and who will stop at nothing to have Frances by his side. Frances must ultimately choose what matters more: justice for her murdered brother and her growing feelings for Finn or the safety of her city and fellow witches. What price would she pay for power? And what if the truth is more terrible than she ever imagined?

In keeping with my trend, this was another great read to kick off spooky season, and just in time as the weather is starting to show signs of cooling off. It’s hard for me to pass up on a book about witches, especially in the fall, and this one had all the signs of things that I’m likely to love, plus, I just got approved for the sequel on NetGalley, and I figured it was high time to take this one off the shelf it’s been sitting on since I bought it in December, dust it off, and start reading it. And I’m so glad I did, because I really enjoyed it.

It opens in 1911 New York City, and offers us a peek into an atmospheric version of a city that looks very different to the one we know today. Gender roles are very much present and expected to be adhered to, and the classes are sharply divided. Frances is firmly in the lower class—living in a tenement, scraping together a living as a seamstress in what basically amounts to a sweatshop, and trying not to freeze to death. Her brother was murdered a few months ago, and shortly afterwards her mother was committed to an asylum on Long Island, in what I can only assume to be Pilgrim State or Kings Park, both being forbidding and non-appealing options.

When Frances is accosted and her attacker winds up dead, she’s saved at the very last moment by two mysterious women who tell the police that she has tuberculosis and must be transported to a sanitarium. It sets up a dynamic early on, where they have power over her future, and she isn’t really able to leave, or else she’ll be forced to pay the consequences for a suspicious death where she is the main (and only) suspect. As a poor young woman with no supports, she doesn’t really have any other options.

The sanitarium turns out to be a magic school, but instead of teaching her how to express her magic, they teach her how to control it and keep herself small. She was expecting to learn more, but quickly realizes that they’re only reinforcing the same thing that she’s always been taught—that women have no power and are meant to stay in their gilded cages. The highest they are taught to reach is for a good marriage, rather than to grasp for power of their own.

“Though we are learning magic, we have been taught all our lives to remain small, and even here we seem to be in cages of our own making.”

Although there were many things that I really enjoyed about this book, one of the aspects where it falls short is Frances’s personality. She’s so wrapped up in finding out who killed her brother and her grief over his death that there isn’t much left over to showcase any of her actual personality. We get a petty, immature, and single-minded Frances, but she jumps from poor decision to poor decision, always relying on someone else to bail her out of the consequences of her bad choices. The damsel-in-distress role seems to be her trademark for so much of the story, and it was rather disappointing. I would have loved to see a stronger, more thoughtful, and independent character, with more well-developed personality traits, although I have high hopes for the second book, since this book resolves a lot of her conflicts.

“When it comes to my brother, I’ve never had much of a choice. This is how I love him now, in the dark with my rage and shaking hands.”

However, I did especially love the way it addresses women’s issues at the time, as well as the historical aspects of the story. It transported me to a different version of a city I know and love, and that part was done really well. The book touches on the suffrage movement, and especially on how it focused more on the struggle for white women specifically, yet not minorities. One of the side characters was Native American, and she talked about being in a residential school and how it affected not only her but her family and her people as a whole, as well as how the standards were different for white women and women of color. Underlying all of this was the way that being a witch was a way for women to grasp some power, yet they were still being taught to suppress that power and keep themselves small, when everything inside them was telling them not to.

“To be a witch is to have power in a world where women have none.”

As a debut, this is a promising start for Peyton. It touches on emotions of grief and loss and hope, found family, acceptance, trust, and betrayal, as well as racism, classism, and misogyny. The story itself is an intriguing one, centering a mystery firmly in the realm of fantasy and a magical school setting, and I couldn’t help but be fascinated, flying through the story. It’s paced well, with plot twists that kept coming at me out of nowhere, although there were a couple that I saw coming a mile away, and I loved the side characters, especially Maxine. I was thrilled to see a chapter from her POV at the end of the book, and forgive me, but I found her to be the most fascinating character out of the story! I’m glad that I waited to read this until I had the sequel lined up, because while this could work as a standalone, it did leave a plot thread unresolved, and I’m curious to see where this goes and what happens next for Frances. I’ve got high hopes for book 2!